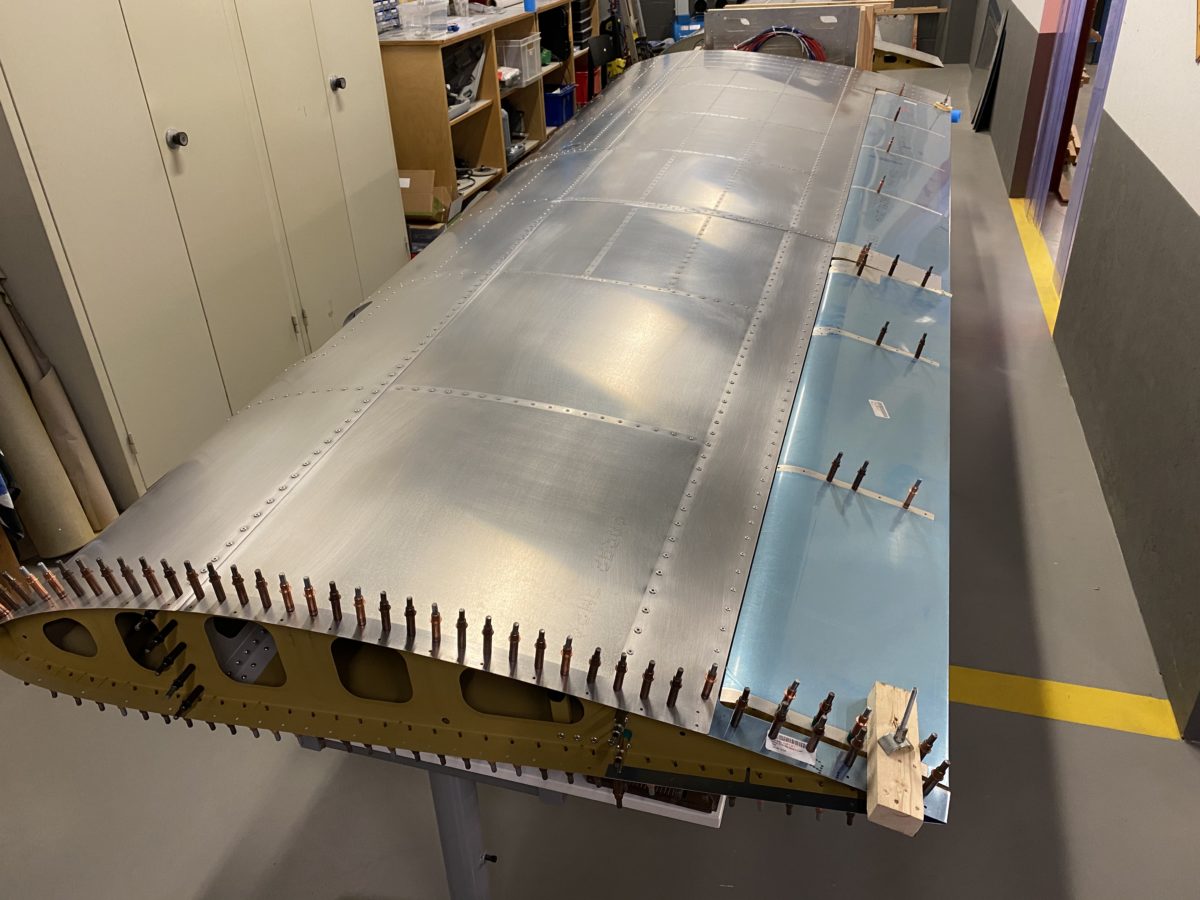 Before continue with the wing tips I first did a test-fit of the left aileron and flap.

TAF informed to test full travel of the aileron, 25 degrees up and down.
Happy that is has full travel and when it’s full up it doesn’t hit the rear spar but the bracket hinge: 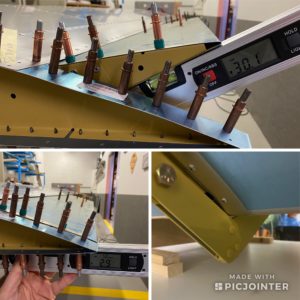 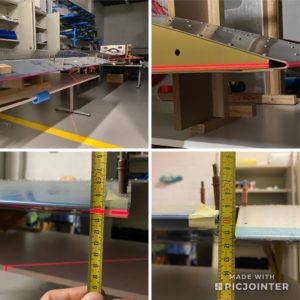 This how the gaps look:

Between skin 8 and aileron it’s not parallel, but doesn’t look that bad.
Between aileron and flap is around 10 mm, this needs to be wider because the head of the bolt for the aileron torque tube should fit in between.
And between flap and step skins is a nice narrow parallel gap. 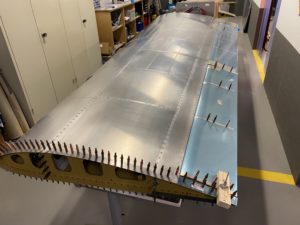