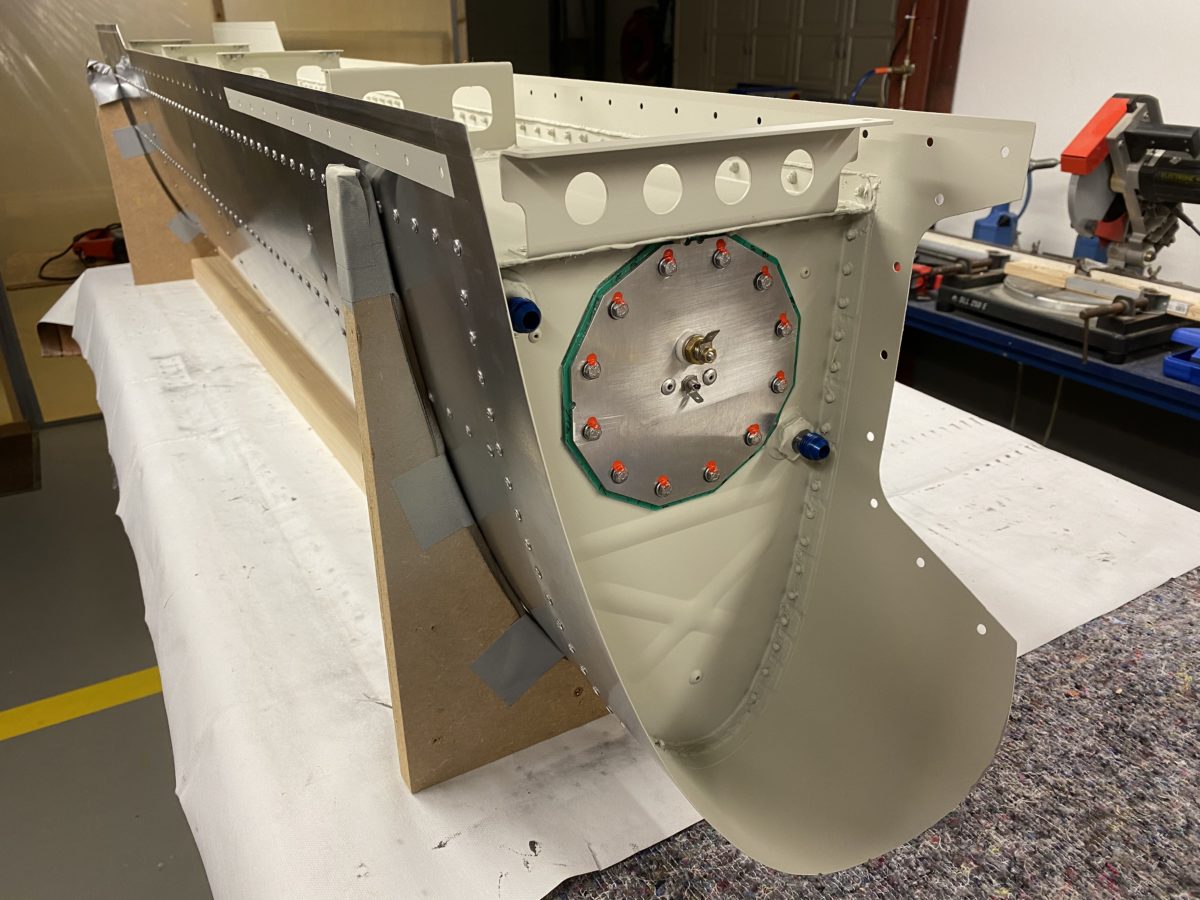 I did the leak test for 6 days with good result: no leaks.

This is the result after a 6 days leak test: 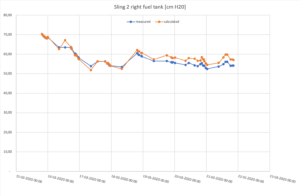 The measured and calculated value are about the same along the 6 days period. Roughly after 3 days a delta of 2 cm started to appear which I could not explain but when I was done with testing I released the pressure and the zero level was 2 cm lower then the starting point. So either some air has evaporated or the tube expanded a bit, or ?

Anyhow: I’m happy that I have no leaks!

Next I did the edge rolling on the skin on the 3 sides where the tank overlaps the wing and I applied Alodine at the location where the stainless steel rivets for SB14 will go: 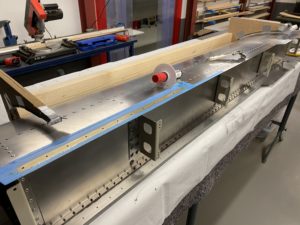 Edge roll detail (be careful here at this curve): 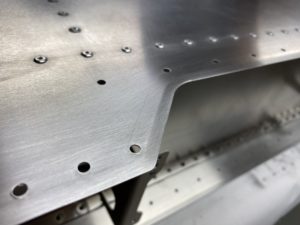 Next I masked the tank and sprayed some 2K epoxy primer for corrosion protections: 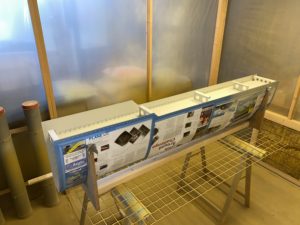 I called technical support of Flamemaster (the supplier of the tank sealant CS3204) to ask if spraying 2K epoxy primer would have any negative impact on the tank sealant. The answers is NO but only when the sealant is fully cured.