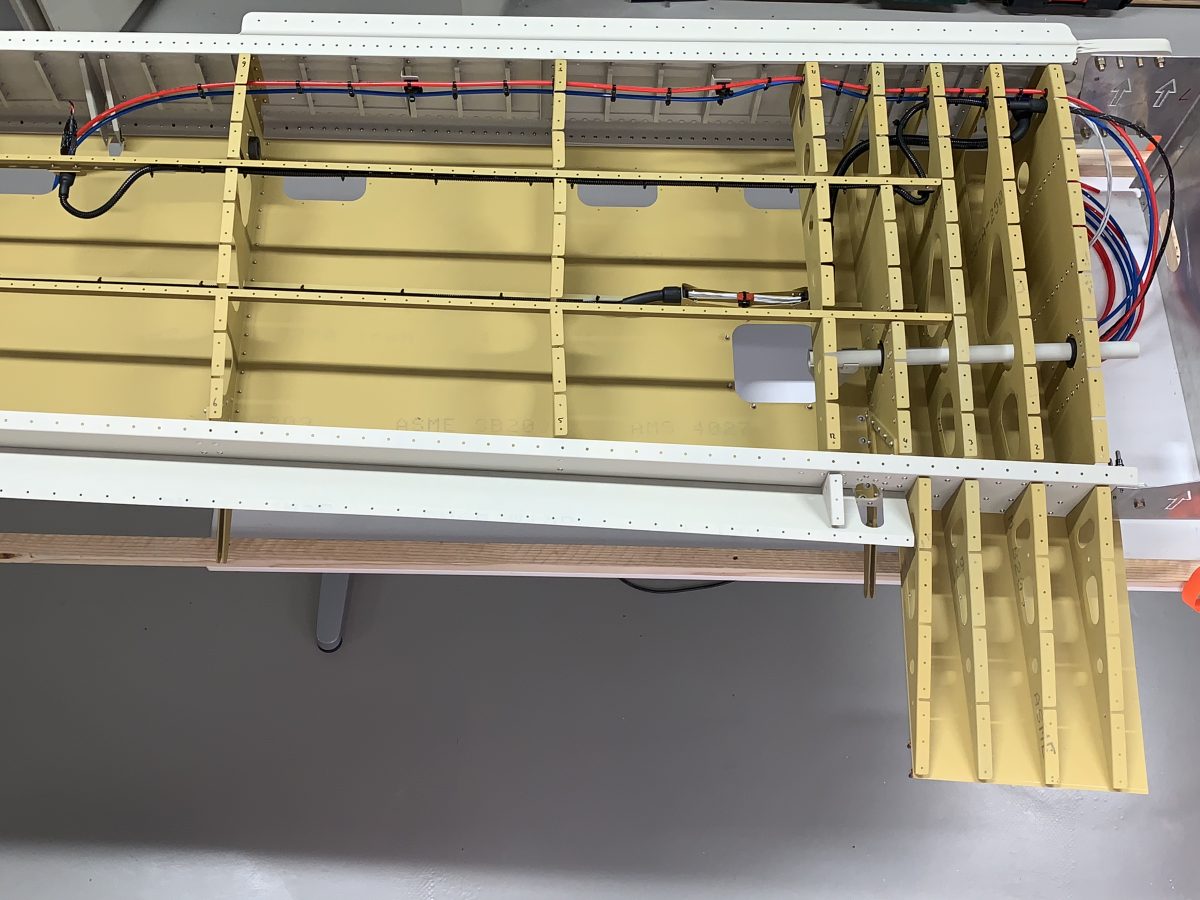 Now that the wires for the lights are ready I started with the wires and plumbing of the heated Garmin pitot.

I purchased the plumbing at Stein Air.
The tubes have an outside diameter of 6 mm and fit (with grommet) in the default 9.5 mm holes through the ribs without enlarging the holes to 12 mm for the next size grommet.
I used pvc tubes with cable ties to create standoffs: 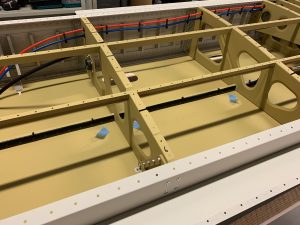 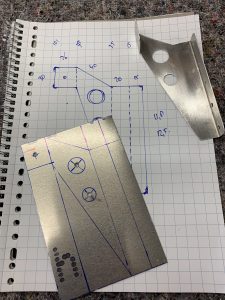 I painted them with epoxy primer and glued the brackets and u-channels together with some Sikaflex, next I mounted them to the main spar with 4 mm rivets and tied the nylon tubes: 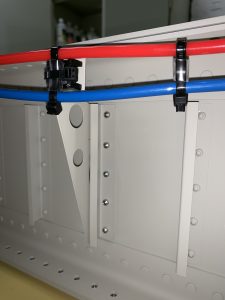 Both in, much better support between the ribs: 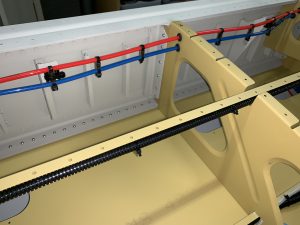 In between I also worked on the wires of the pitot heat.
I’m using black and red AWG14 wire from Aircraft Spruce.
There are many opinions about if twisting these wires is necessary, it’s not that much work so I just did it. I followed the instructions from Stein Air.
I ran the wires through a 10 mm conduit in front top stringer and created a custom bracket where the conduit exits the stringer. To fixate the conduit I drilled some 4 mm holes, just as in the bottom stringer so that the conduit can be fixated with cable ties.

Here an image where the wires exit the conduit: 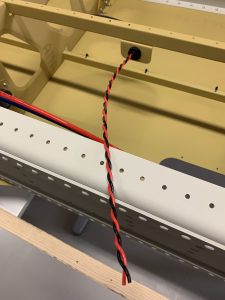 To protect the wire outside the conduit at the root of the wing and near the pitot I added protected sleeving with heat shrink: 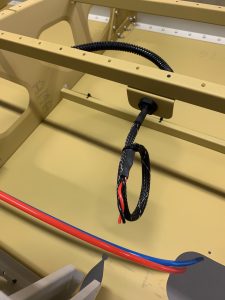 Photo of the root of the left wing where the tubes and wires exit the wing: 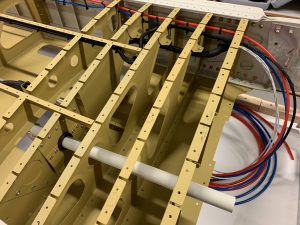 To protect the conduit against the wing ribs I added a couple of edge grommets, glued with some Sikaflex: 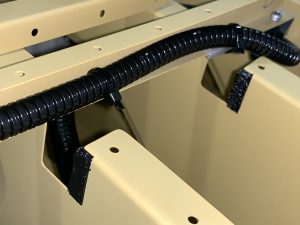 I did the same for the conduit in the bottom stringer: 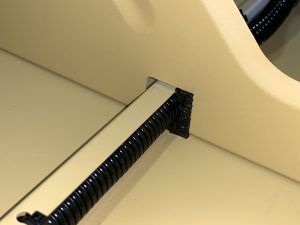 And I added some Sikaflex between the bracket and rib 9 to prevent water will enter: 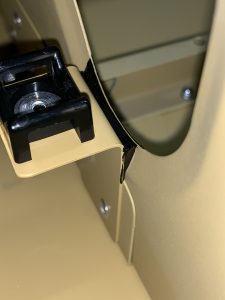 Wires and tubes are all in: 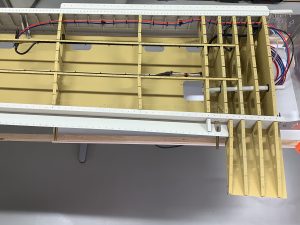 Next is making the pitot tube removable.

One thought on “Pitot tubes and wires”