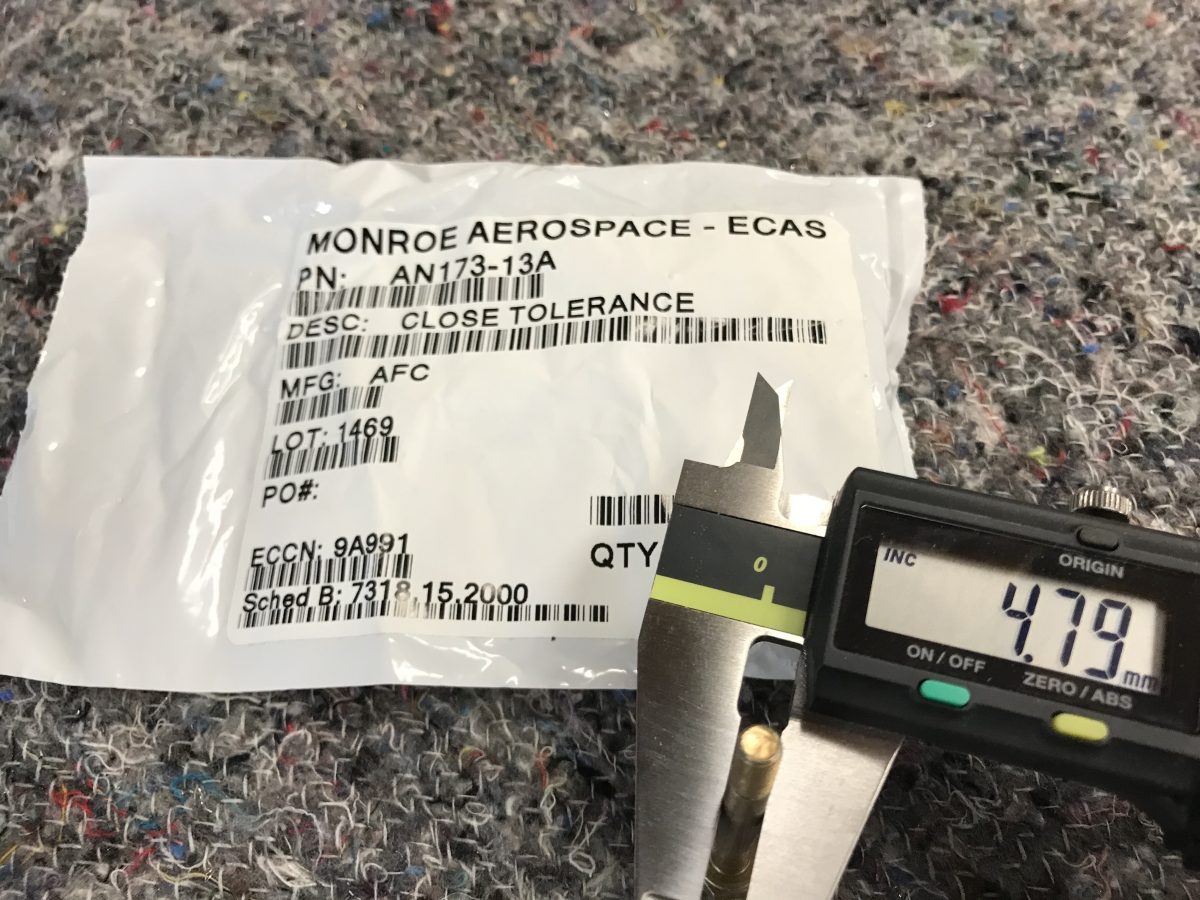 After reviewing again my update from AN3 to NAS6603 I decided to change to AN173 bolts.

The holes in the main spar are a bit sloppy for the AN3 bolts, therefor I “upgraded” to NAS6603 bolts which are a bit thicker and also stronger. But the thread is shorter than the thread on an AN3 bolt because these are normally used as shear bolts with shear nuts that are less height. I found out in the specifications of the NAS66XX that after the shank maximum 2 incomplete threads are allowed. Since my AN365 nut needed about 1.5 turns before runout it was clear that the beginning of the nut was in the maximum 2 incomplete threads range. Adding a washer was no option because then there was less than 1 protruding thread.

An interesting link about an helicopter crash about this same topic here.

Finally I found AN173 bolts with are the close tolerance version of the AN3 bolts, they have the same diameter as the NAS6003 but are not as strong as them. Aircraft Spruce sells them for around 12 euro each, Monroe sold them for less than 1$, but the freight from the USA to the Netherlands made it expensive. 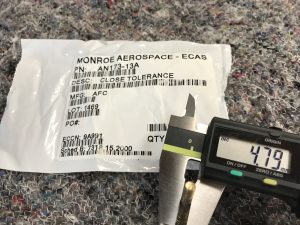 I replaced the NAS6603 bolts with these AN173 with under the head 1 thick washer and under the nut 1 thick and 1 thin washer and torqued the bolts to 29 inch/lbs. 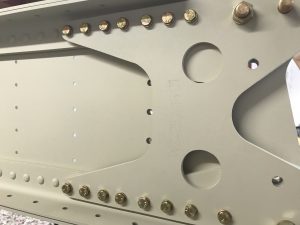 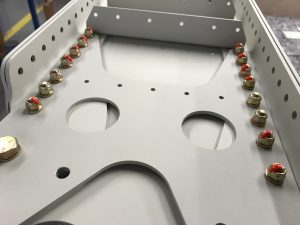 The 4 bolts without torque seal are for the rib 1 and fuel tank bracket.