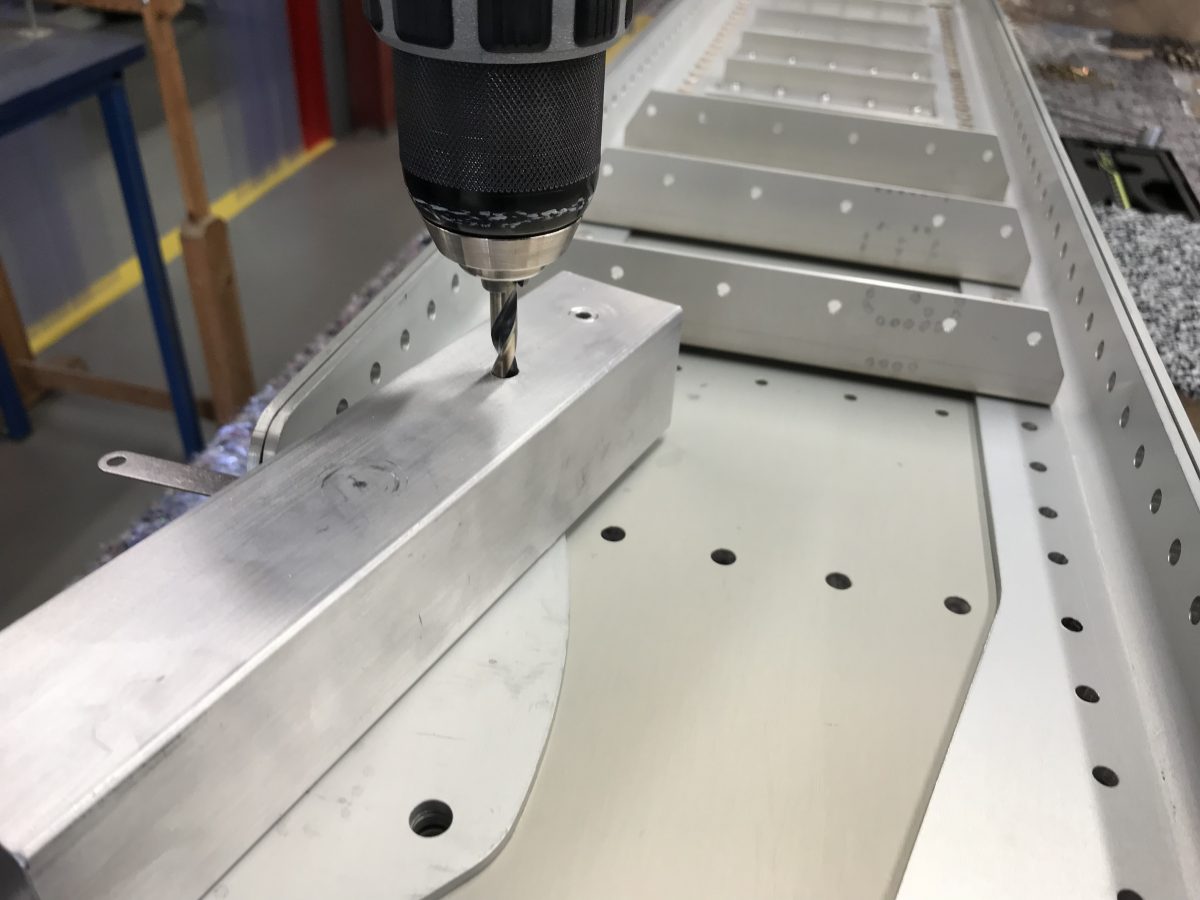 Both spars had some issues that needed to be fixed. I started with the right wing spar. After those fixes some extra corrosion protection was needed, therefore I primed the complete wing spar.

Issue number one is that I noted that from some bolts the bolt torque markings were broken, so I had to retorque them. But when I removed one bolt I noted that the hole was a bit sloppy, my AN3 bolts are 4,76 mm, but the holes are between 4,80 and 5.00 mm. Is it a good idea to replace the AN3 bolts by NAS6603 bolts? These are close tolerance shear bolts that are bit thicker and can handle more forces. Another thing that another builder advised to me was to use a washer under the bolt head, this is not required but would be better. To be continued… 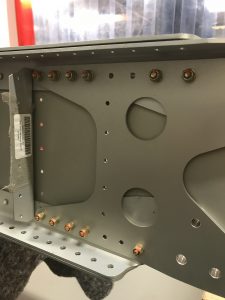 Second issue was a missing hole. Rib number one is riveted with 4 mm rivets to the first layer of the main spar. In my spar a “pocket” hole was missing and inserting a rivet was impossible: 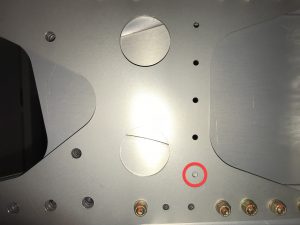 An option would be to just drill the hole with a 4.1 mm drill but then the rivet would not expand behind something and would just swell in the hole. I did some tests in scrap aluminium with that approach but is was easy to pull the rivet out. I’ve asked the factory and they send me the following image: 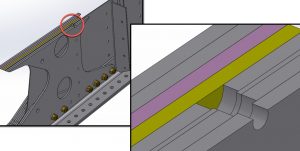 A pocket hole was missing. I removed the AN3 bolts and doublers and drilled a #40 pilot hole, followed by a 4.1 mm hole and a final 1/4″ hole. To prevent that I drilled into the other layers I inserted a feeler gauge between the layers. I checked the edge distance of 2x dia, which was okay. 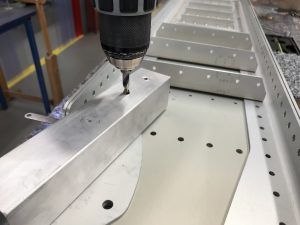 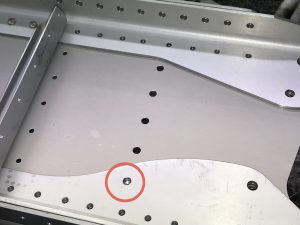 Close up image of the hole: 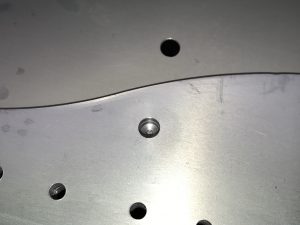 Issue number three was a missing hole in the spar extension. According TAF this hole is never riveted!?!?! I decided to drill this hole and insert a 4 mm rivet: 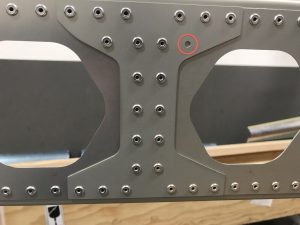 Issue number four was that the spar extension was not anodized, this part had no corrosion protection, especially not between the mating surfaces. After consulting TAF I decided to remove the rivets, remove the part and prime it with epoxy primer: 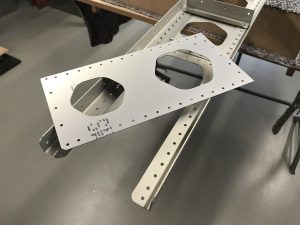 I learned from my corrosion experiment that anodized aluminium is a very good protection against corrosion, but since my spar had some scratches here and there I decided to prime the whole spar: 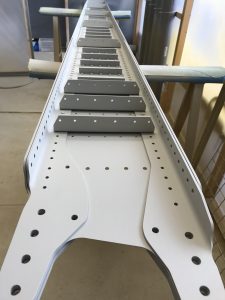 Because the doublers and extension were still removed I could also spray some primer on these parts: 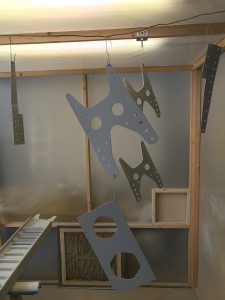